Chocolate Baklava and More at Sofra

As soon as I learned that Sofra serves chocolate baklava, I knew I had to try it.

I became a little obsessed with it. I would check the Sofra counter immediately as soon as I get there to see if they had chocolate baklava for the day, but the last time I was there, they were out. I would visit the Sofra stand at my farmers market, hoping they might sell some fresh baklava, but they never do. I even asked about it at Oleana (same chef and owner as Sofra) during my first dinner there, but it wasn’t part of their luscious dessert menu that night.

But last week, finally, I was able to try the chocolate baklava at Sofra. 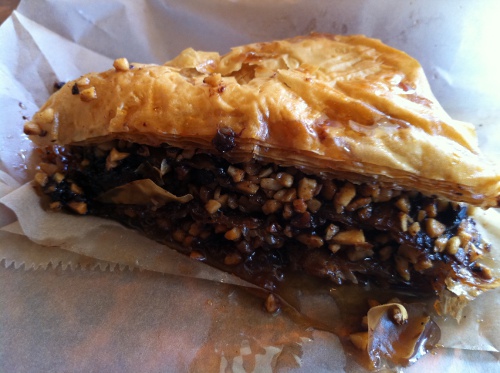 and it was so worth the wait 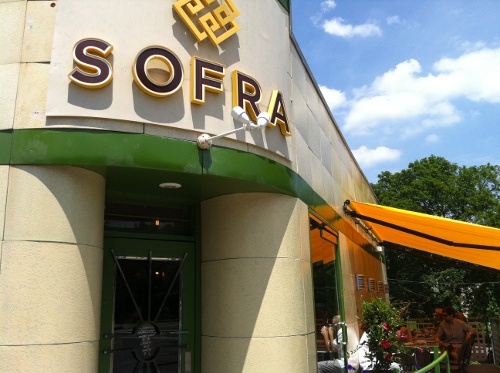 there is a lot more than chocolate baklava though

Sofra is a Middle Eastern bakery and cafe in Cambridge that serves modern cuisine influenced by Turkey, Lebanon and Greece. Headed by chef/owner Ana Sortun, Sofra is also a retail shop that entices customers with spiced nuts, crackers, bread, cookies, specialty sweets, and other prepared foods. 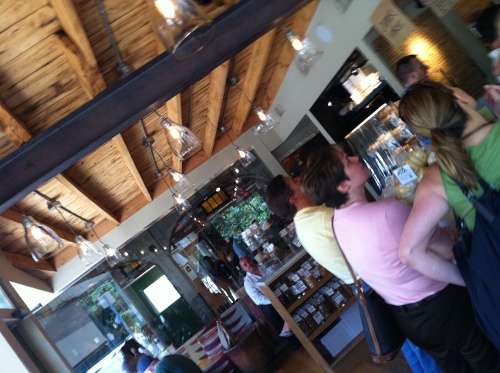 it's in a small space, which lends to the cozy vibe 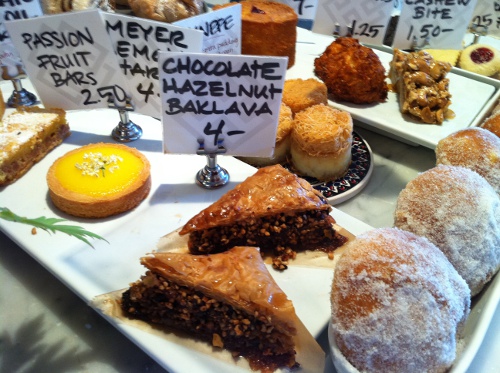 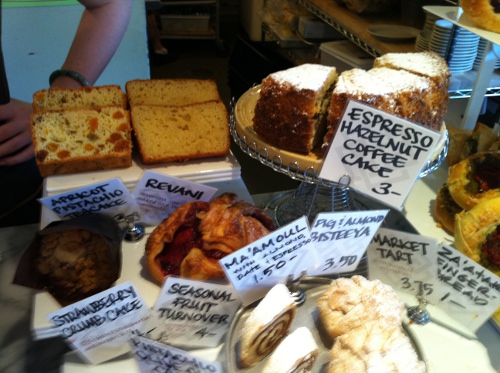 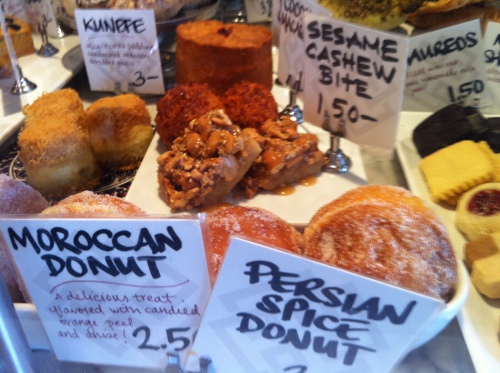 there are just too many exotic treats you want to try 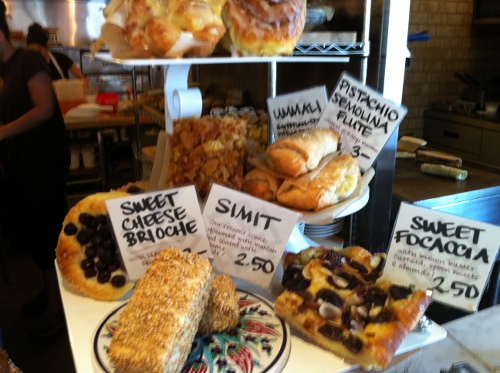 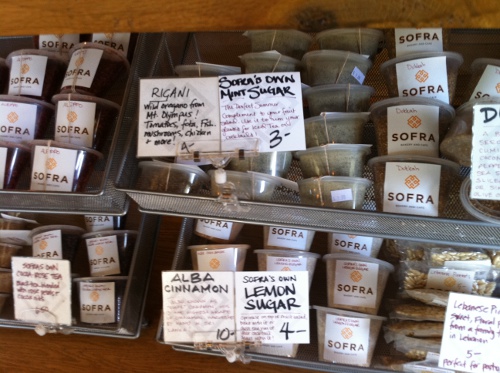 and to shop for other items 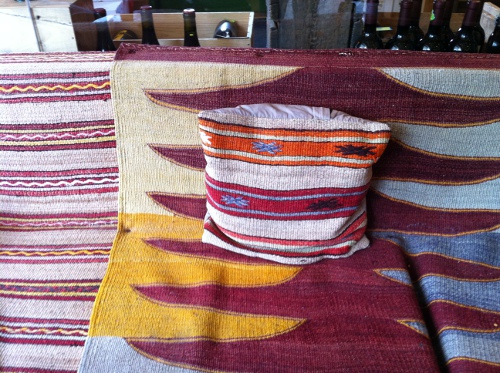 after you place your order, you can relax at one of the benches 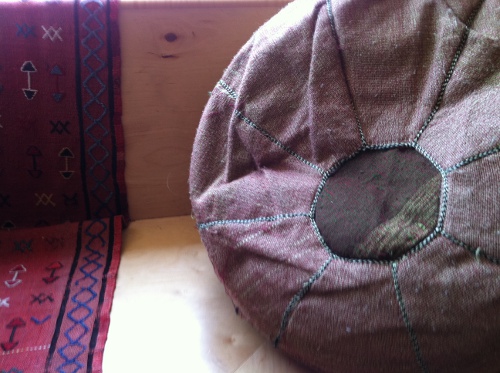 there are a lot of cute little nooks to choose from

I wanted to eat the chocolate baklava for lunch but I decided to be an adult and get a real lunch, especially since Sofra had a tempting mezze bar and plenty of small plates. 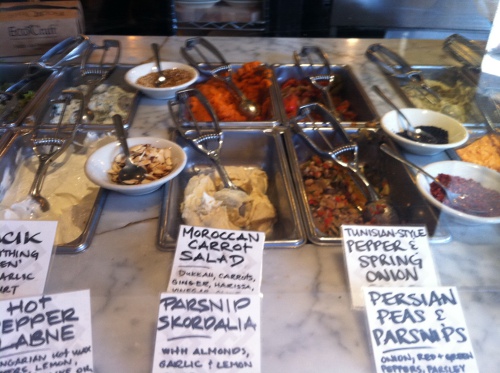 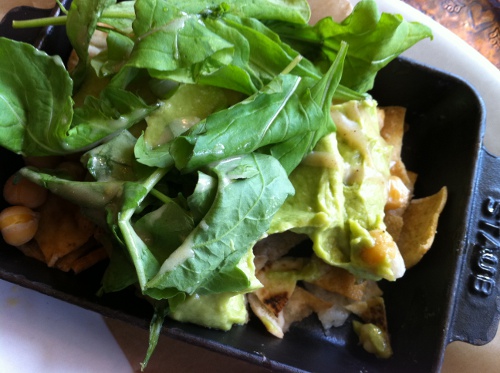 I went with the avocado hummus 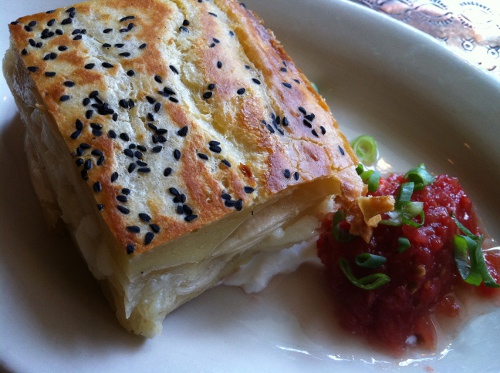 and the cheese borek 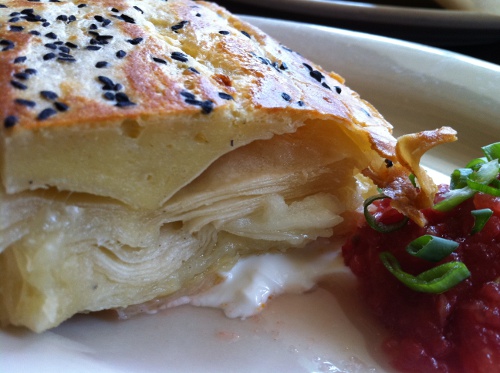 which has layers of pastry and fresh mozzarella cheese 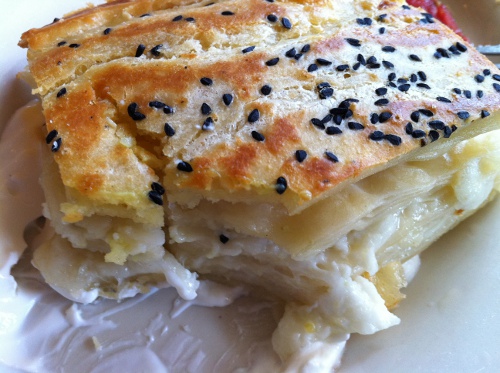 with a spread of labne (strained yogurt) underneath 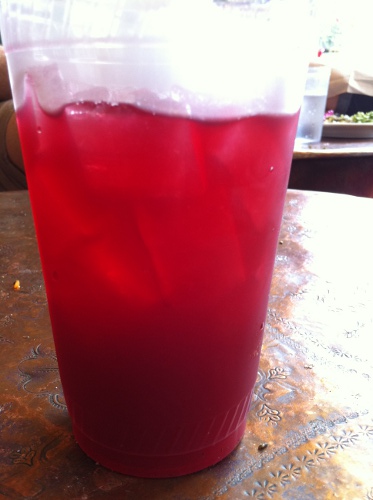 Sofra masters the great play between texture and flavors. I will describe the food as bright: bright colors, bright flavors. I had a lovely lunch at Sofra, and will certainly be back to try more items from the menu and the counter. 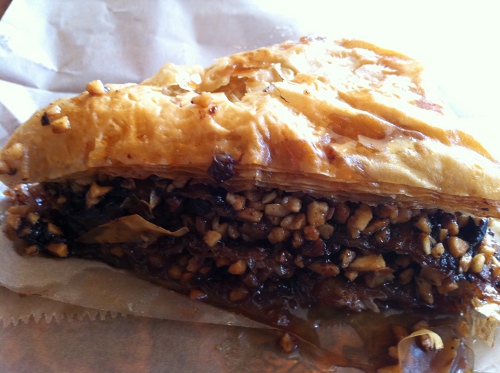 and of course, another slice of the chocolate baklava

Have you had Turkish or Middle Eastern cuisine?

18 Responses to “Chocolate Baklava and More at Sofra”