posted on September 7, 2015 by Bianca Garcia 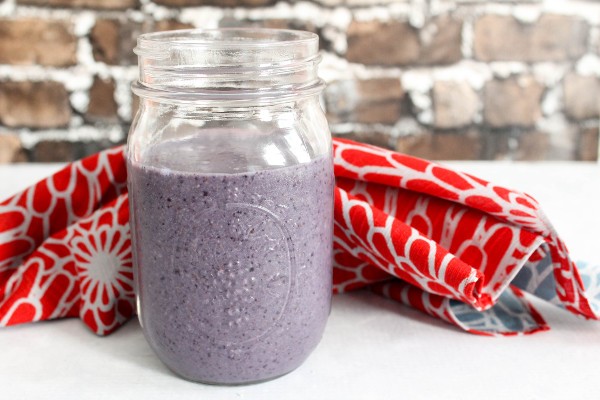 I have become slightly addicted to smoothies.

I’ve been having one multiple times a week, often making one of my favorites at home (like this Healthy Chocolate Cherry Smoothie). I usually drink one for breakfast, but every now and then, for dinner. And I’m always thinking of new flavors to try! Sometimes, after a hard workout in the morning, I like treating myself to Liquiteria, a new juicery that opened near my apartment.

The “sometimes” have been becoming more and more regular, and I find myself with less and less cash in my wallet. So I decided to put a hard stop to my expensive buying-a-smoothie habit and stick to the more economical (and actually healthier) making-a-smoothie-at-home practice.

I decided to make a copy-cat version of my go-to order at Liquiteria, the Blue Velvet. 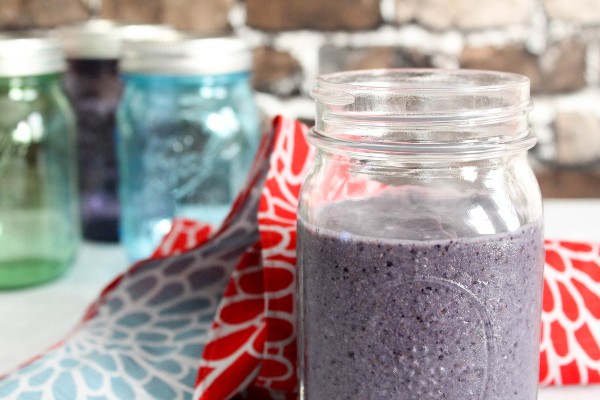 (Side note: my smoothie obsession is directly proportional to my obsession with mason jars. I love the classic clear jar, but look at the colored ones in the background! So cute.)

My Blue Velvet smoothie has: frozen bananas, frozen blueberries, vanilla almond butter, and vanilla almond milk. You can buy all the ingredients for less than $20, and make multiple servings of smoothies. And it still tastes like cake(ish). It’s also way more simple. I don’t need whey protein and coconut sugar. While acai is a super fruit, I rely on the good ole banana for nutrition and an ice cream-like texture to my smoothies. Oh yes.

This smoothie is thick and creamy, and has a nice nutty flavor thanks to the almond butter and almond milk. It’s just sweet enough that it tastes like a treat, but the ingredients are pretty darn healthy so you don’t feel guilty for eating dessert for breakfast.

Not that I condone that. I can write a book on having dessert for breakfast. (Hmmm…)

This is a healthy Blue Velvet smoothie, with antioxidants from blueberries, potassium from the frozen banana, and some protein from the almond milk and almond butter. It’s pretty perfect. It’s easy to develop an addiction to it. 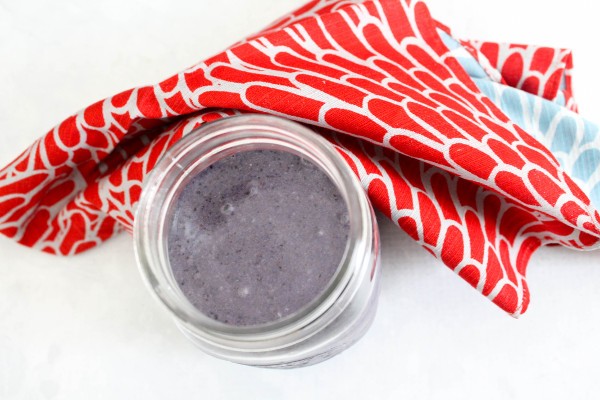 Also sometimes I add a tablespoon of coconut oil to the smoothie. I highly recommend this! 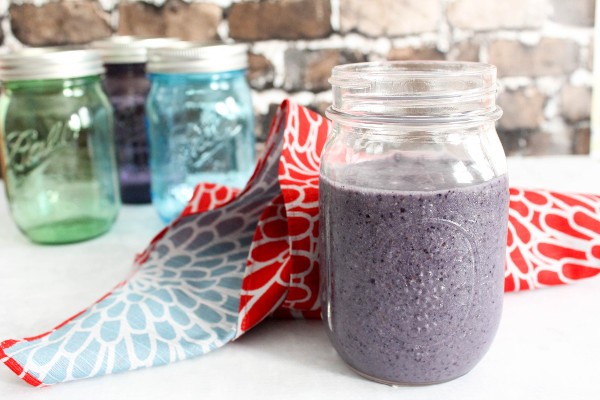 I love the bright purple color, too. It’s high on my smoothie rotation, and I bet it would be on yours too. Then we can start a club called Smoothies Anonymous. (Right? Anyone?)

Hope you guys had a great weekend! As this post publishes, I’m currently enjoying myself in Austin, Texas. I have a feeling I would’ve eaten a lot of BBQ by now. And probably downed a smoothie or three.