Let’s get one thing straight: this would never replace mashed potatoes.

It’s not as plush.  It’s not as filling. It’s also not as big on calories.

This is NOT going to be a magical replacement for mashed potatoes.

But what it’s going to be is a side dish filled with lots of sweet roasted garlic flavor, the almost heady scent of rosemary, and the tangy creaminess of Greek yogurt. Plus just a little bit of full fat from butter and sour cream. Just a little bit, just enough to make you think that you’re indulging, when really, you’re filling up on a vegetable filled with antixodants, vitamins, minerals, and cancer-fighting properties. 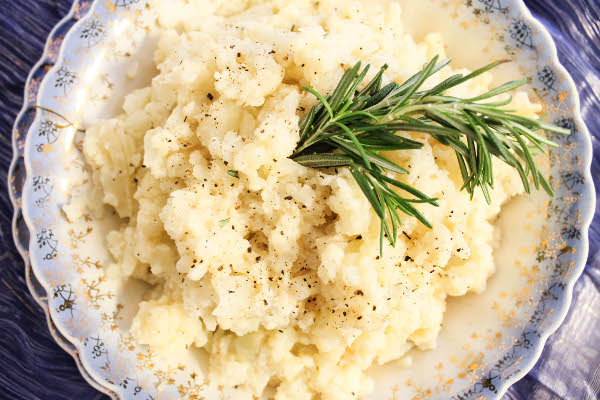 I remember the first time I tried mashed cauliflower. I was with my mom, and we both marveled at the concept: the cauliflower, so often ignored, when mashed and dressed up like a potato, transforms from boring into fantastic. It was called smashed cauliflower and it was just steamed cauliflower florets dressed with garlic and parmesan cheese. When I see the words “dressed” and “parmesan cheese” in a dish description, I think it’s the restaurant’s way of making the simple sound fancy, hoping the customer’s interest and taste buds get piqued. It worked, and my mom and I enjoyed the low-carb side. The restaurant was Uno Chicago Grill. 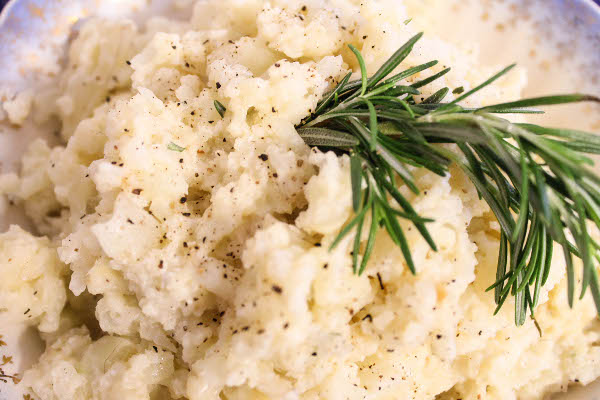 Who says you can’t find gems in restaurant chains? Unfortunately Unos have since taken the smashed cauliflower off their menu. (Side note: if you want to find the best cauliflower dishes in Boston, MA and Austin, TX – check out Tasted Menu, a restaurant and dish review site and mobile app. I am pretty obsessed with it!)

But anyhow, I found a recipe on The Food Network and decided to roast the garlic first before smashing it in with the cauliflower. (Anyone else think of Rachael Ray when you hear the words smashed potatoes?) I love the flavor of roasted garlic, and I know it goes well with cauliflower. It does take extra time, but trust me, it is worth it. 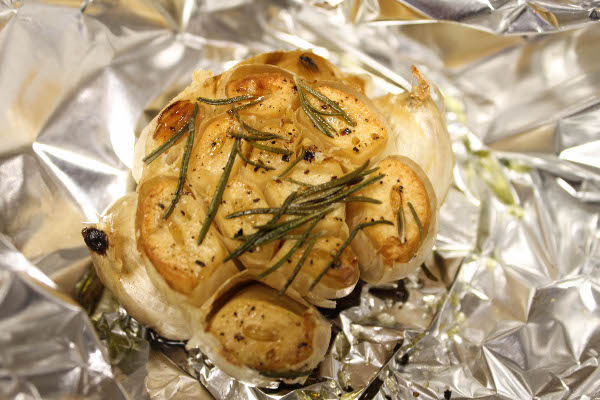 I drizzled the garlic bulb with olive oil and topped with salt, pepper, and rosemary.  After roasting in the oven for 40 minutes, each garlic clove becomes a soft, toasty, spreadable morsel. 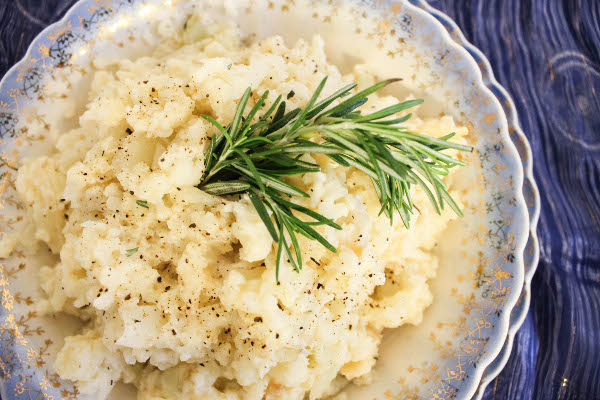 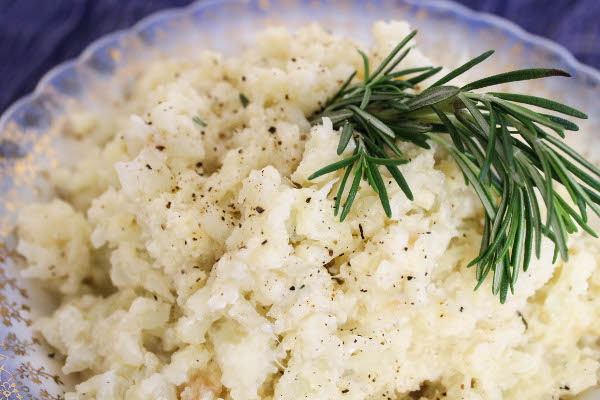 This recipe generously serves four as a side dish. Or one person for many nights while watching reruns of True Blood. What?

Next time I will play around with different flavors, maybe blue cheese and buffalo sauce, or I’ll even try adding in broccoli and cheddar. I really like the chunky texture and the roasted garlic adds a great dimension of flavor. 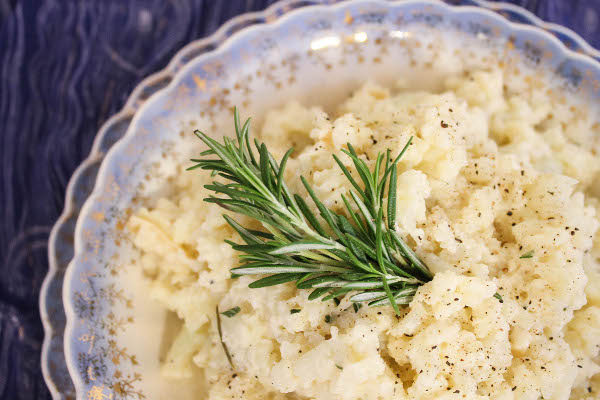 This is just a healthier alternative, and a really good one at that.