Talking Taste at the ICA

I attended the first Talking Taste event at the Institute of Contemporary Arts (ICA) last Friday, where we enjoyed some beautiful waterfront views and cooking demonstrations by two of Boston’s most celebrated chefs, Ken Oringer and Jamie Bissonnette. The two chefs are well-loved locally and nationally, and together they own and operate the Italian enoteca Coppa.

I’m a huge fan of Coppa, and admire how the two chefs are committed to not just local ingredients but also to the concept of nose to tail eating.  I wasn’t expecting to eat beef tongue at the ICA (although I wouldn’t be opposed to that) but I did expect a fun evening, and that’s exactly what we had. 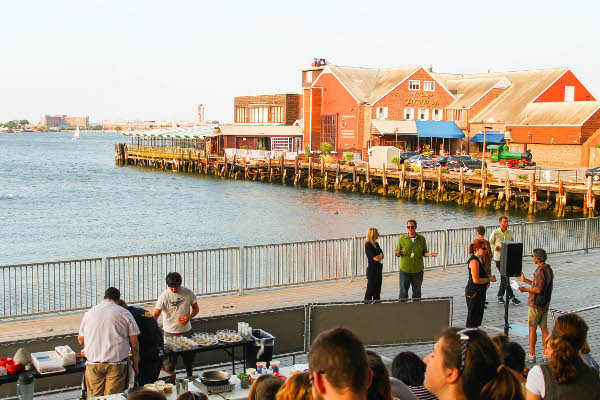 Talking Taste was held at the ICA Grandstand, which offers expansive views of the Boston waterfront and other establishments alongside like Anthony’s Pier 4, a landmark seafood restaurant at the Fort Point district.

Before the event, Dan and I decided to meet up a little earlier and have a drink nearby. I don’t find myself at the seaport area too often, but I really like the restaurants I’ve tried (Trade, Legal Seafoods, Morton’s, Menton, to name a few). We went to Drink, a Barbara Lynch establishment, where patrons tell the bartenders what kind of flavors and type of alcohol they want (instead of ordering from a pre-set drink menu). The bartenders then craft a specially-made cocktail. 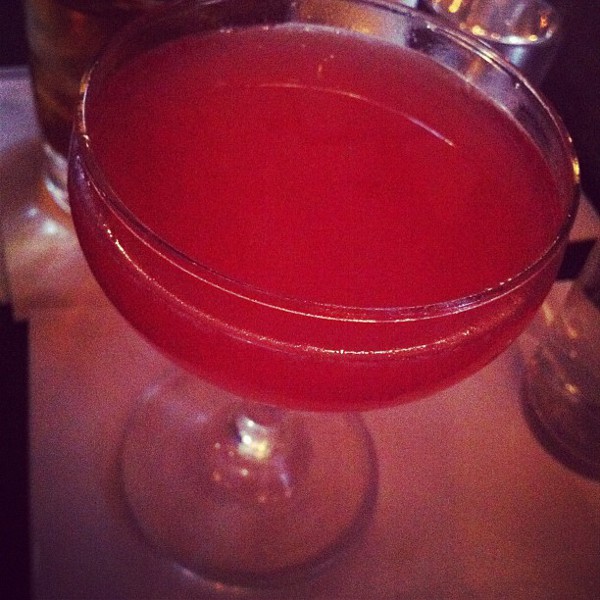 I ordered “something sweet with vodka, please” (same thing I always order at Drink) and ended up with a vodka cocktail with fresh grapefruit juice and raspberry puree. I really liked this sweet cocktail and will attempt to re-create it at home soon.

We ordered a couple of bites, too: french fries and pickled green beans. 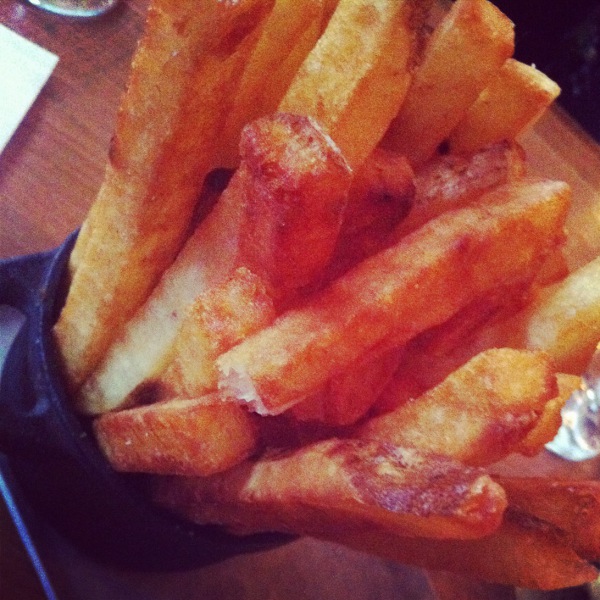 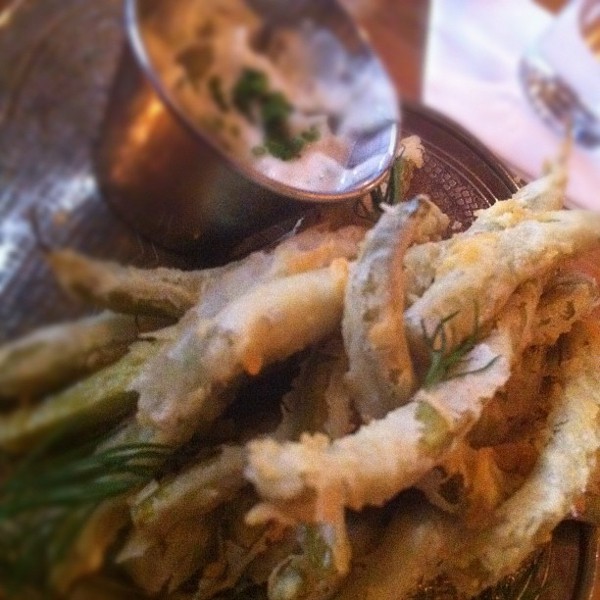 I wasn’t always a big fan of pickles (at least not like Christina of Hungry Meets Healthy!) but the last couple of years, I find myself liking pickles and pickled things (pickled jalapenos, anyone?) more and more. The pickled green beans were very tart and vinegary, offset nicely by the creamy aioli dip.

At the ICA, the first cooking demo was for a creamy melon gazpacho: 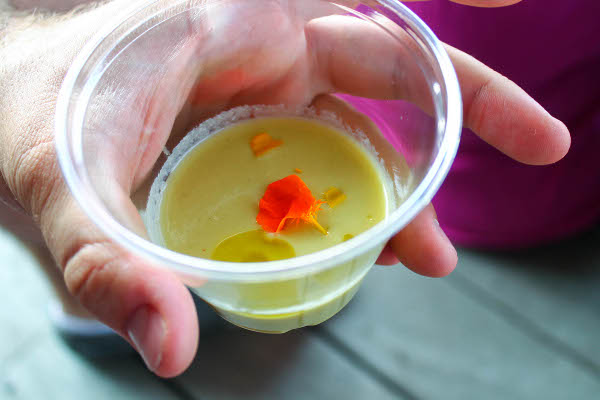 This was probably the best gazpacho I’ve ever had in my life! I much prefer this to the chunkier tomato version. Jamie Bissonnette demonstrated this recipe, only using a blender (and you know how I love blender recipes). It was a very simple recipe – just sweet melon, Greek yogurt, and some spices. 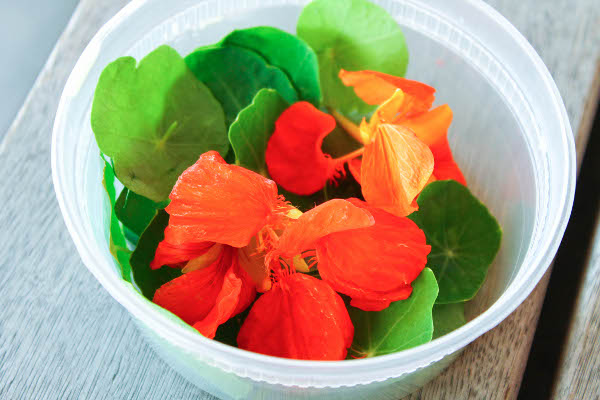 It was garnished with olive oil and edible flowers. 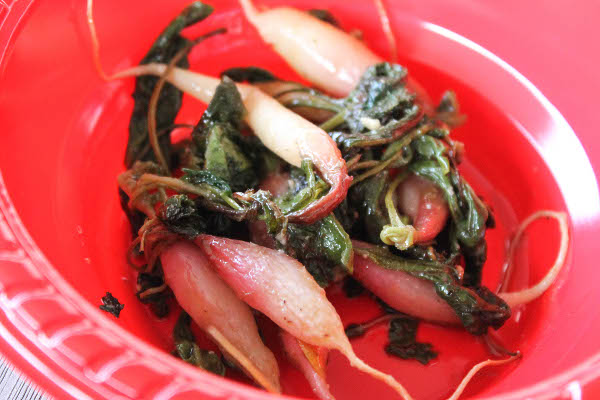 The next recipe was for radishes with miso butter. I found the radishes a little too bitter, but Dan liked it. 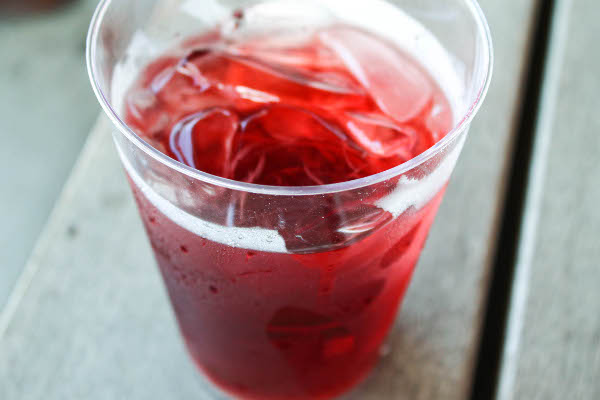 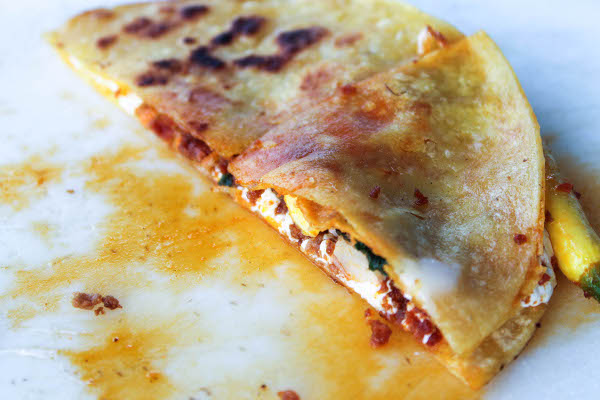 Then the chefs made quesadillas stuffed with chorizo, zucchini flowers, and oaxaca cheese. They also shared my favorite tip of the night: when making quesadillas, instead of using oil or butter in the pan or griddle, use mayo! It reminded me of Ruth Reichl’s way of making grilled cheese – the mayonnaise will add a very slight tang but also help the sandwich crisp up better. 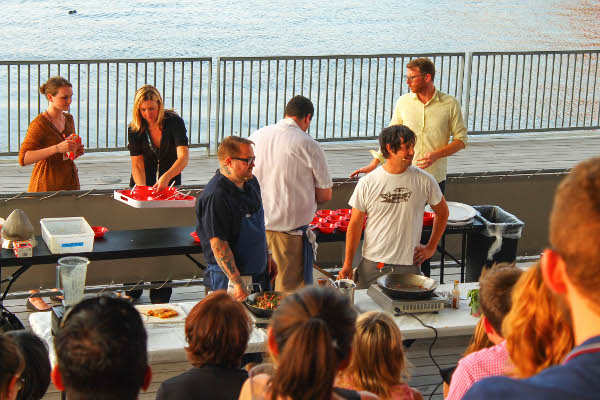 Jaimie and Ken were a good team, bantering with each other and gamely answering questions from the crowd.  We were able to talk to them after the event, too.

If you’re in the Boston area for the next few Fridays, you should check out Talking Taste at the ICA. It’s fun, and tickets also include admission to the museum.

19 Responses to “Talking Taste at the ICA”