Those words just about sum up my very fun evening at TriBeCa last week.

I went to New York last weekend and met up with some friends for a late lunch-that turned into afternoon drinks-that turned into dinner-and more drinks-affair. I was already running late so when I arrived at the restaurant, I was all frazzled and out of sorts. But before I even sat down, who do we see outside the window but the lovely Meryl Streep.

That is my first big celebrity sighting in New York and I was pretty pysched. (Okay so I saw Carson Kressley a couple of years ago at the Meatpacking District and I said “hi, Carson!” and he said “hello!” back. Oh and I also met Randy from Say Yes to the Dress. But they’re not Meryl Streep!)  I think I may have squealed a little when I saw her because I LOVE Meryl Streep, especially in the Devil Wears Prada, Julie and Julia, and It’s Complicated. She looked very casual and also a little smaller than I expected. But to start my weekend with a celebrity sighting instantly brightened up my mood.

Of course, it didn’t hurt that we were at Locanda Verde, a restaurant serving soulful Italian food by chef Andrew Carmellini and owned by Robert DeNiro (among others). The food at Locanda Verde is described as “Italian influenced tavern cooking,” which I guess means a little homey, a little rustic, a lot delicious. 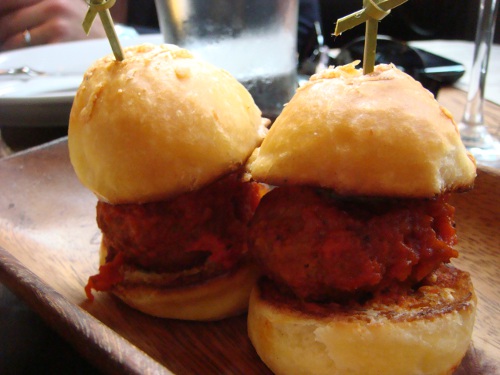 we started with some lamb meatball sliders 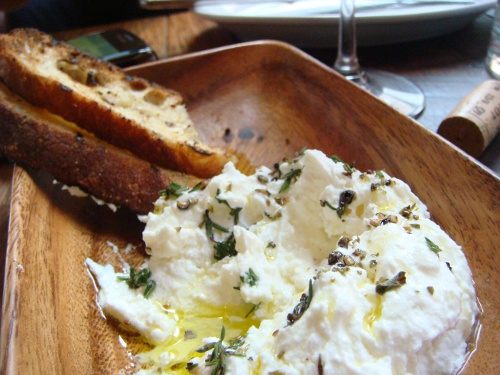 and sheep's milk ricotta with with sea salt and herbs

Guys. This sheep’s milk ricotta. It was so luscious and creamy and wonderful. I don’t often eat ricotta cheese (unless it’s stuffed in a cannoli) because I find it a little too bland. But I’ve never had sheep’s milk ricotta before and I became an instant fan. It’s has a slight tang from the sheep’s milk, with a fluffy texture, and a velvety mouthfeel. I would go back to Locanda Verde just for this. It was perfection. 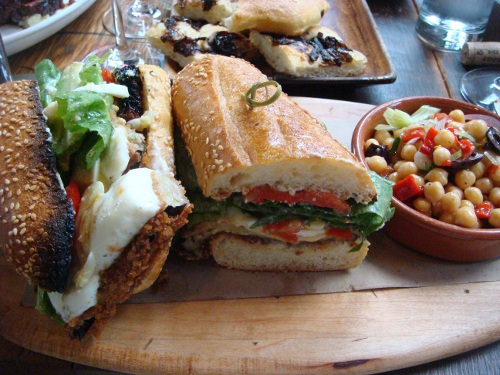 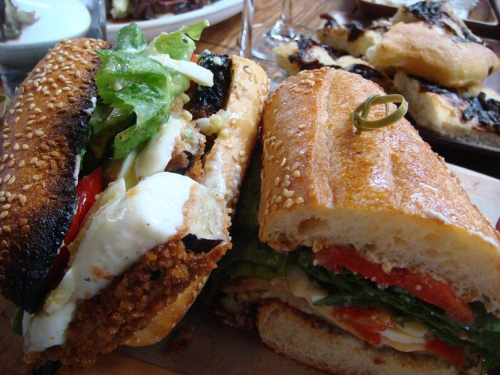 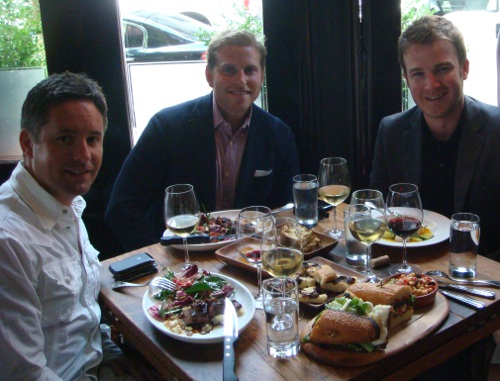 these guys were my dining companions - I was one of the boys that day! 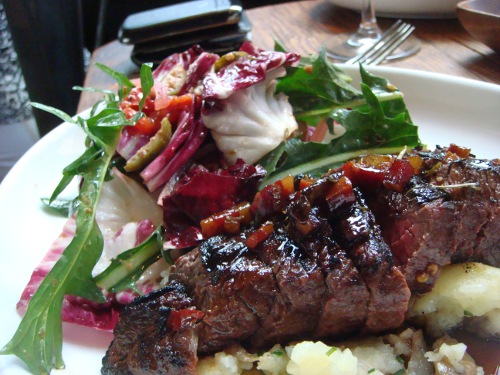 Marcus and Eric both ordered the grilled hanger steak 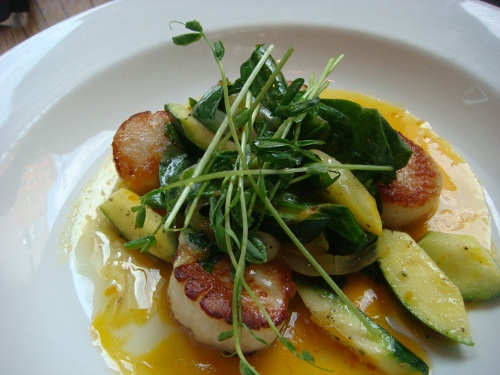 Notice how the boys’ plates were normal human portions while I got the humongous sandwich. So much for poise. But they didn’t judge me (I think). 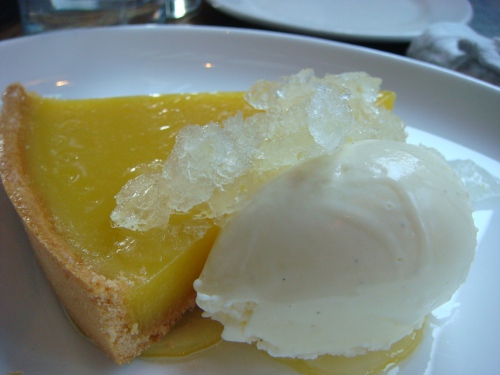 for dessert, we shared a lemon tart with buttermilk gelato and limoncello granita

I thought I would be all over this this (I mean, lemon tart? Buttermilk gelato?? LIMONCELLO granita?!) but I wasn’t very impressed. Maybe because it’s hard to live up to the sheep’s milk ricotta. Maybe because I was already stuffed. Maybe because I was about to get sick (true story – the day after, I woke up with laryngitis, conjunctivitis, hives, and the flu. Sexy, I know) and somehow my tastebuds for dessert were numb (because they weren’t numb for that ricotta!). But this was the only thing I didn’t love about Locanda Verde.

I heard that brunch is also wonderful at Locanda Verde so I’m going to try to squeeze that in for my next visit.

Afterwards, we walked around TriBeCa, popped into an Irish bar, and enjoyed the weather outside. Then we walked over to SoHo to check out Giorgione. 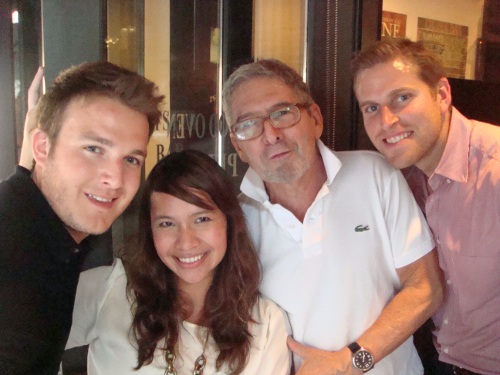 Giorgione is owned by Giorgio Deluca, as in the Deluca of Dean & Deluca

I remember the very first time that I stepped into a Dean & Deluca. It was probably about 10 years ago and I felt like a kid in a candy store (which technically, I was). I kept going around the aisles, marveling at the pastries and sandwiches. New York seemed magical to me, with its bright lights and skyscrapers and all.those.restaurants! Dean & Deluca just seemed to be one of those places that seemed quintessentially New York and so I was really glad to meet Mr. Deluca. He was very nice when he chatted with us, and he kept going back to check on us and make sure we were happy. 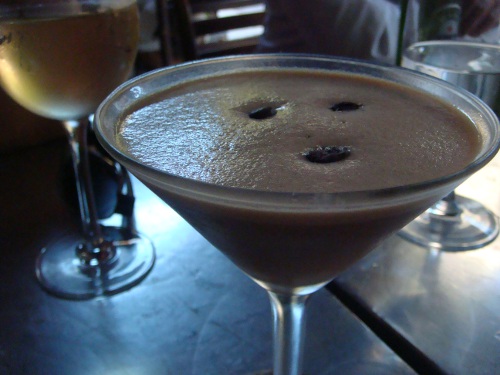 but whenever I have a steady supply of espresso martinis, I'm always happy

The espresso martinis at Giorgione were the perfect dessert ;) I’ve actually been craving them for a couple of weeks, especially after I read about my friend Meghan’s Godiva Coffee Martinis. You are probably not surprised when I say that I love sweet drinks, and the kahlua in the martinis gave just the right amount of sweet. Espresso martinis sort of remind me of Baby Guiness shots. 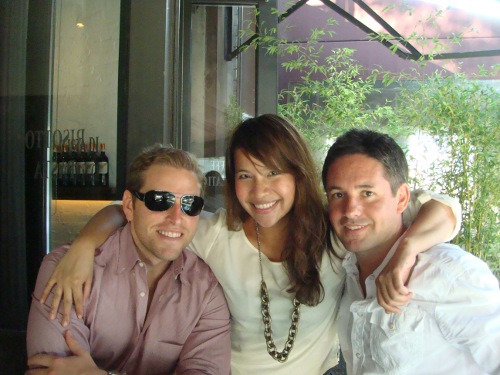 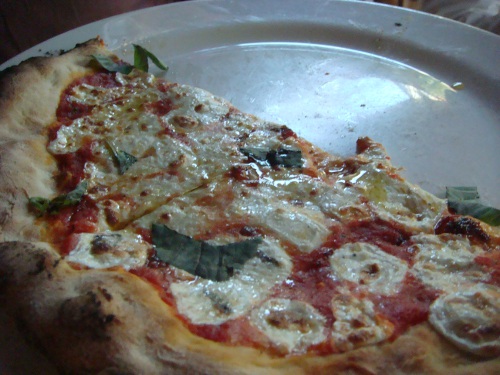 (Yes I know, another pizza picture, another Italian restaurant. I promise I eat other cuisines too, they just don’t get documented as often.) 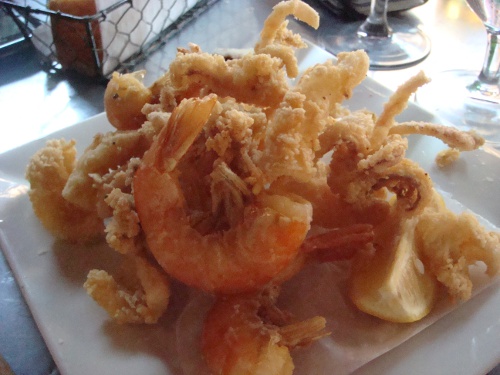 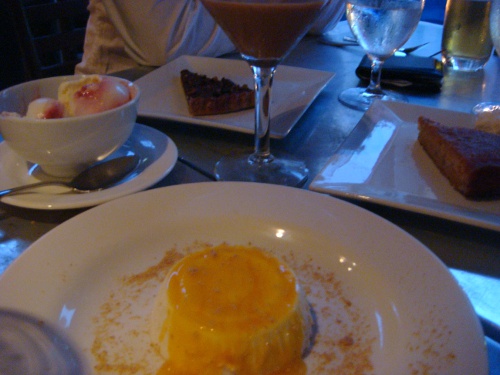 and Mr. Deluca sent out all these desserts! we had a passion fruit and mango panna cotta, gelato, a chocolate pie, and bread pudding

Unfortunately, at this point I knew that I was definitely coming down with something because I had no appetite for dessert… Okay I lied, I had some room for the mango panna cotta, which was sublime. 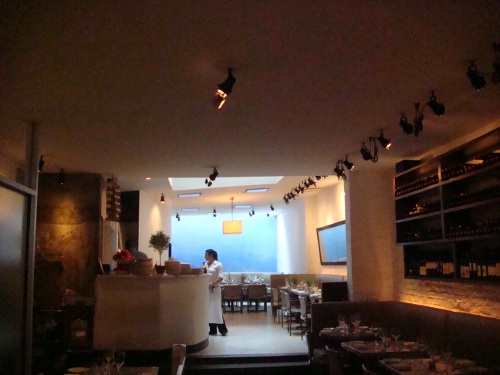 when we arrived at Giorgione right before 6 pm, it was pretty empty 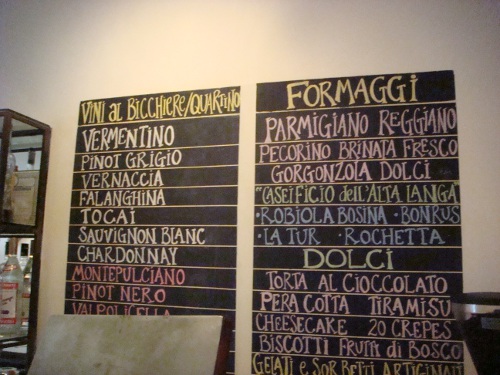 I was walking around, snapping pictures of the menu board 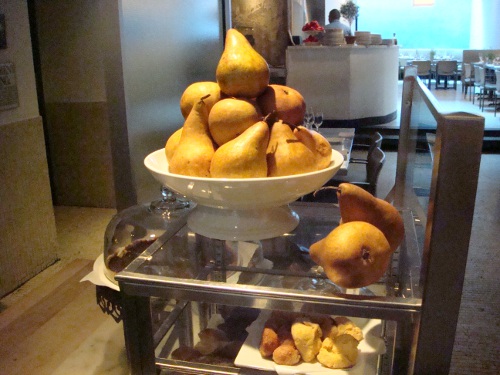 and the pretty platters of fruit and pastries 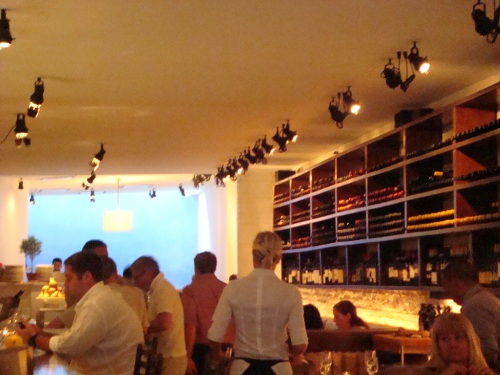 but within just a couple of hours, it quickly became packed

We were lucky to score some premium seats at the small patio, where we lingered for a few hours. I really liked Giorgione – the service was excellent and I felt very relaxed and comfortable (no, it wasn’t because of the espresso martinis.)

Whenever I come to New York, I always make it a point to check out a new restaurant – and go shopping, but that’s another story. It’s great to have friends who share the same enthusiasm for food as I do so we can all discuss restaurants in advance. I really enjoyed my last few visits (check out my reviews of Eataly, DB Bistro, and Resto) and this one was no exception.

Have you tried either Locanda Verde or Giorgione? What about Dean & Deluca? And have you ever had sheep’s milk ricotta?? (You must!)