posted on September 2, 2013 by Bianca Garcia

Once upon a time, a list-making, life-planning, overachieving girl made a bucket list.

Some of the things on the list were big life achievements, others were shallow and materialistic, some were random, and others were pure travel destinations.  That girl keeps her bucket list with her all the time, in case she can cross off something, somehow.

That girl is me and I have been so very fortunate to be able to check off some of the things on that list already.  I write about some of my travels on this blog, and whenever I read those posts I remember how much I truly enjoyed those places.  Another travel destination on my list was New Orleans, and last week I was able to visit the Big Easy.

Of course the first thing I did was go to Cafe Du Monde for beignets. 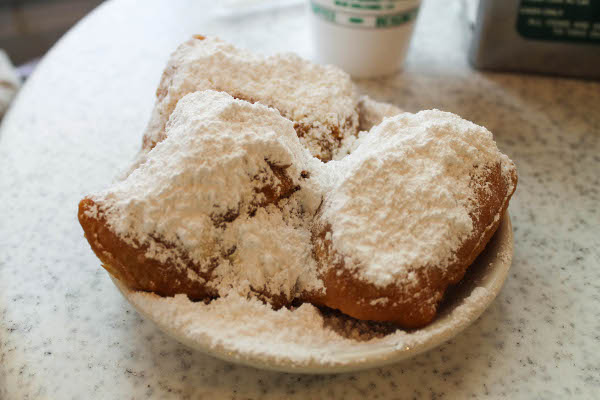 Soft, pillowy, freshly-baked squares blanketed by confectioner’s sugar, these were a cross between a French pastry and a doughnut. I loved these so much that I went back the next day to eat them again. 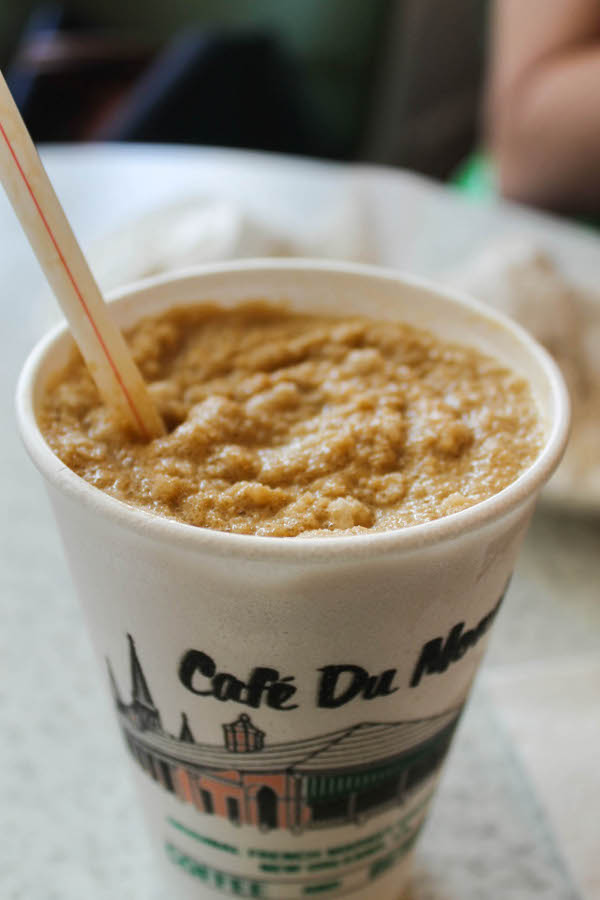 I ordered the beignets with a glass of frozen cafe au lait, so sweet and refreshing.  Savored during  a lazy afternoon while listening to a street jazz musician, I immediately fell for the languid beauty of New Orleans.

I’ve been looking forward to this vacation for eight months, as we booked our tickets during the first week of January. Every single person who found out that I was going to New Orleans only had wonderful things to say about this unique city. Friends and family knew that I would enjoy the culture, the music, the cuisine, architecture, and the nightlife.

At our hotel, The Saint (which I highly recommend), we were greeted with this cheeky sign. I was with Sabs, a friend I’ve known for nearly 20 years (!!) and I knew that we were going to have fun. Lots of fun. 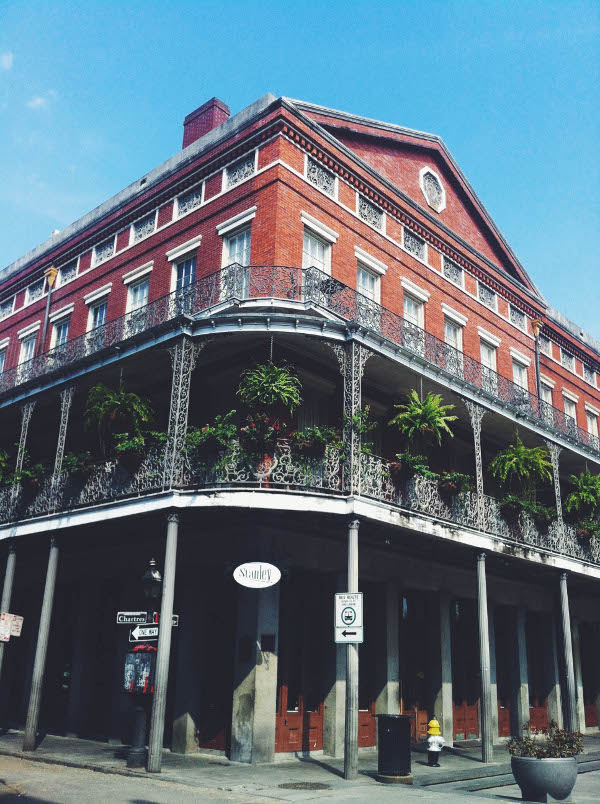 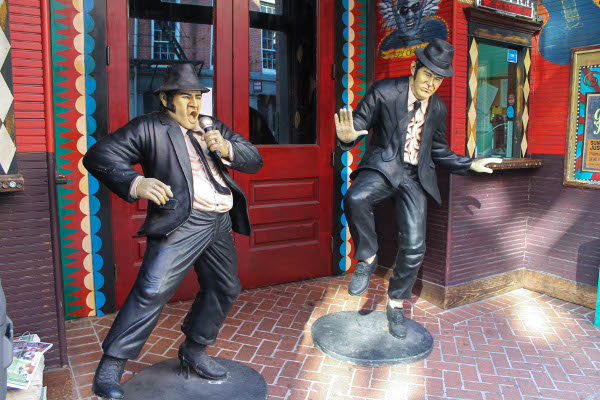 We walked around the different streets, sweating profusely from the intense summer heat, but soldiering on because we knew that happy hour awaited us.  We took the streetcar whenever we can, and mostly just took cabs at night.

The first dinner we had was at Cochon, which means pig in French.  Sabs and I shared our orders: cucumber salad, pork belly special, the Louisiana cochon (pulled pork patty) topped with cracklins, and a bottle of wine. We ended our meal with a chocolate peanut butter pie that was so good, I had no qualms taking what was left of the pie back to the hotel for a midnight snack.

I regret not bringing my camera that night to capture the pork deliciousness we ingested, but it was also nice to just relax and not worry about lighting or capturing the perfect angle. We joked around a lot with our server, who was a dead-ringer for Russell Edgington from True Blood. But he was not the flamboyant vampire king of Mississippi (by the way, I’m not sure how much I’ll enjoy next season if my favorite viking vampire is not there) because he likes to eat pork belly, and not human blood (or so he says, we didn’t really see him eat anything).  And speaking of True Blood, if you watch the HBO series, you might remember an episode two seasons ago when the vampires were high and went partying on Bourbon Street…

When went on a movie tour, we drove around New Orleans and our tour guide would stop at certain streets, give us some movie trivia, and play the actual movie scene that was filmed in that exact street (the van was outfitted with individual screens). So when we were at that exact intersection on Bourbon Street, he played the True Blood scene, which I found very cool. Some of my other favorites were scenes from Interview with the Vampire, Looper, Curious Case of Benjamin Button, The Butler, and 21 Jump Street (sadly, no Korean Jesus). Movies are certainly not the first thing that comes to mind when it comes to New Orleans but it was a very entertaining activity, and the air-conditioned van was a much welcomed respite from the heat and humidity.

Oh and guess who owns the house on the left? The one and only Brad Pitt.

We tried typical Louisiana/Southern fare during our four days in New Orleans: 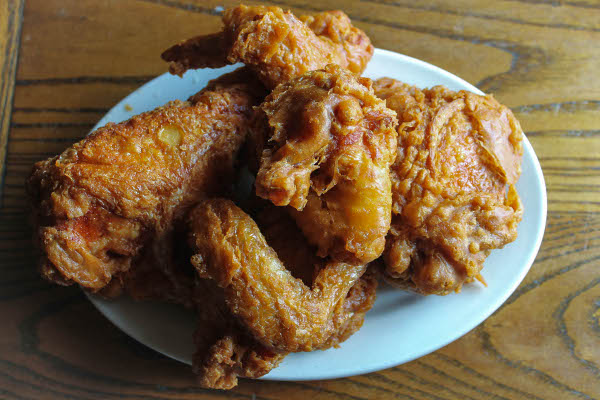 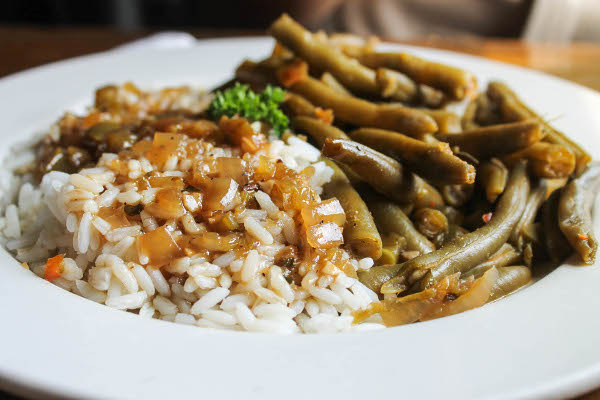 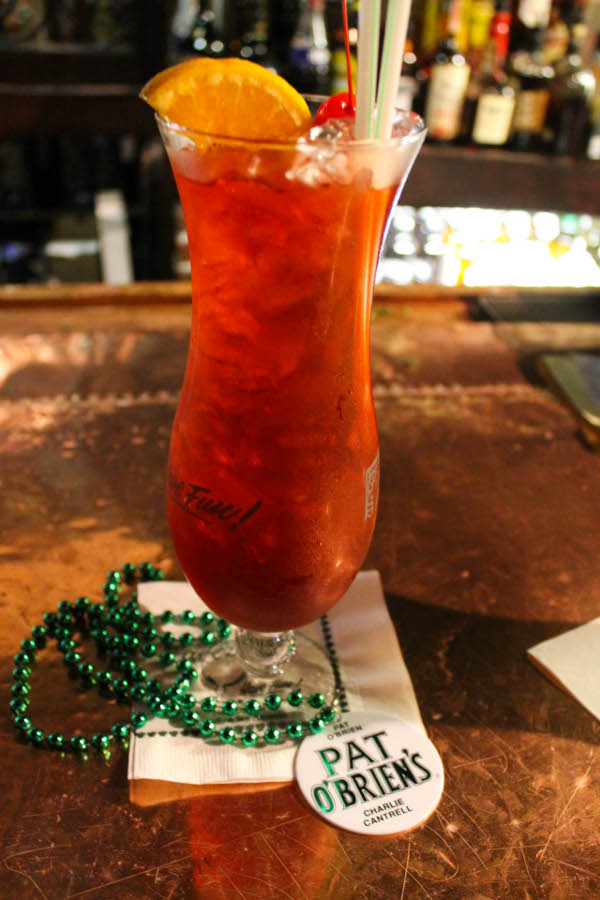 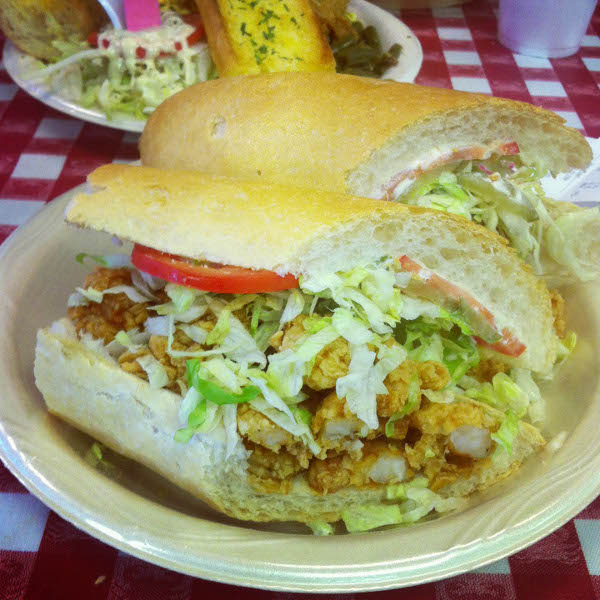 We had fried chicken, green beans, rice and gravy from Willie Mae’s, lots of different kinds of hot sauce (I was in Tabasco heaven), hurricanes from Pat O Brien’s, and shrimp po boys and sweet tea from Johnny’s. 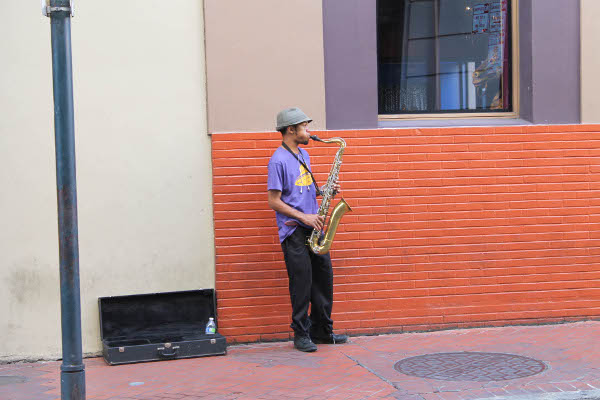 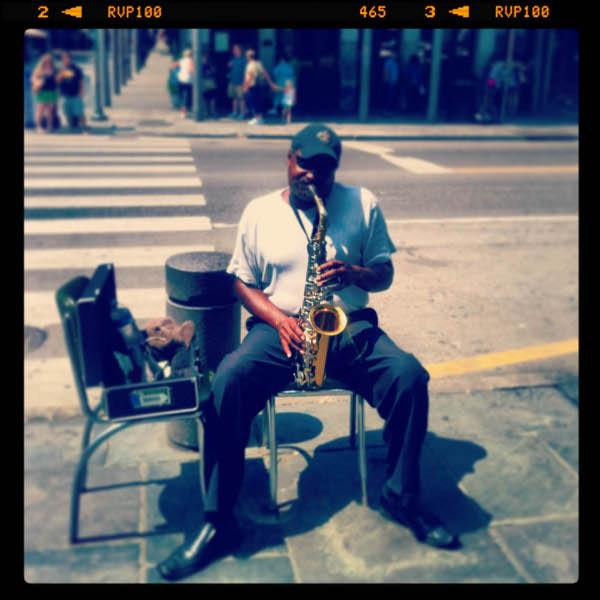 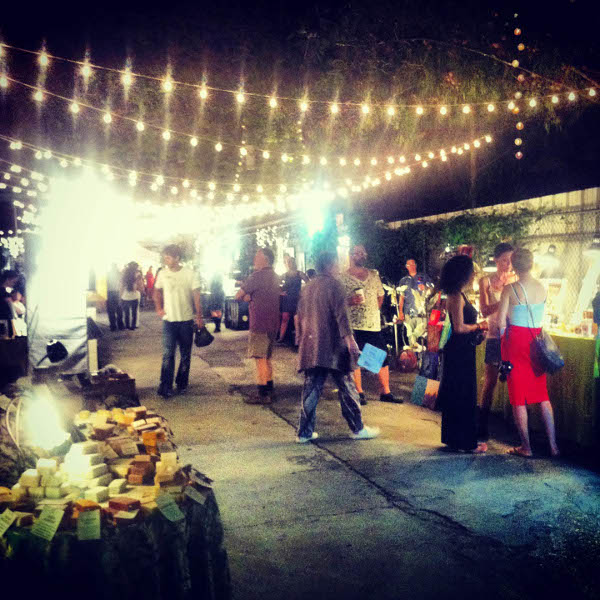 The afternoons were hot and sleepy, with plenty of tourists wandering around and street musicians all over. At night, the city pulses to life. The days we were there happened to lead up to Southern Decadence, New Orleans’ largest gay event. Think of it as a cross between Pride Week and Mardi Gras and you can imagine the lavishness and fun going on.

We made an itinerary worksheet (that’s what happens when you put two planners together), but we hardly followed it. For instance, we were just supposed to go to one John Besh restaurant: Borgne, which serves coastal Luisiana cuisine. Pictured above are the duck poppers with jalapenos and bacon, and the black drum a la plancha with brown butter, pecans, and jumbo lump crab.  The food was so spectactular, we decided to go to another John Besh restaurant the next day: Domenica, where I ended up having my favorite dish for the entire trip. 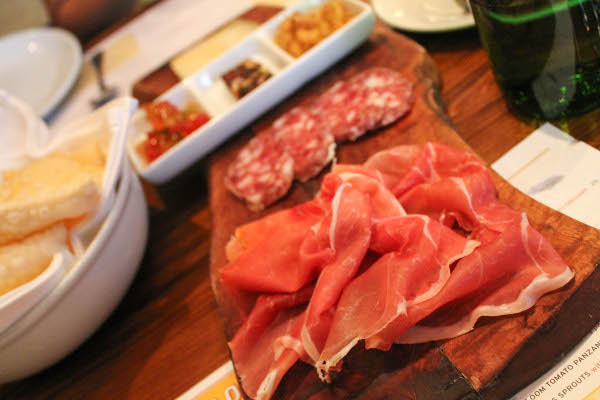 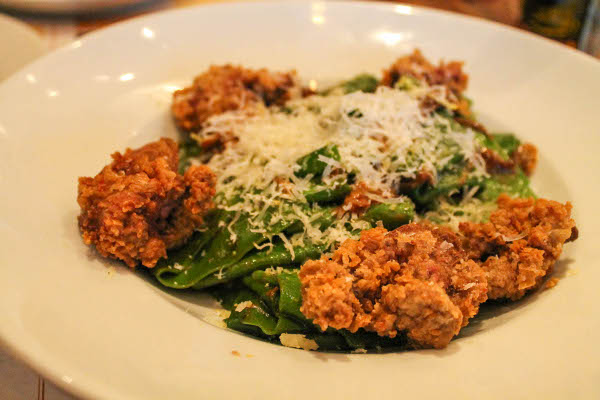 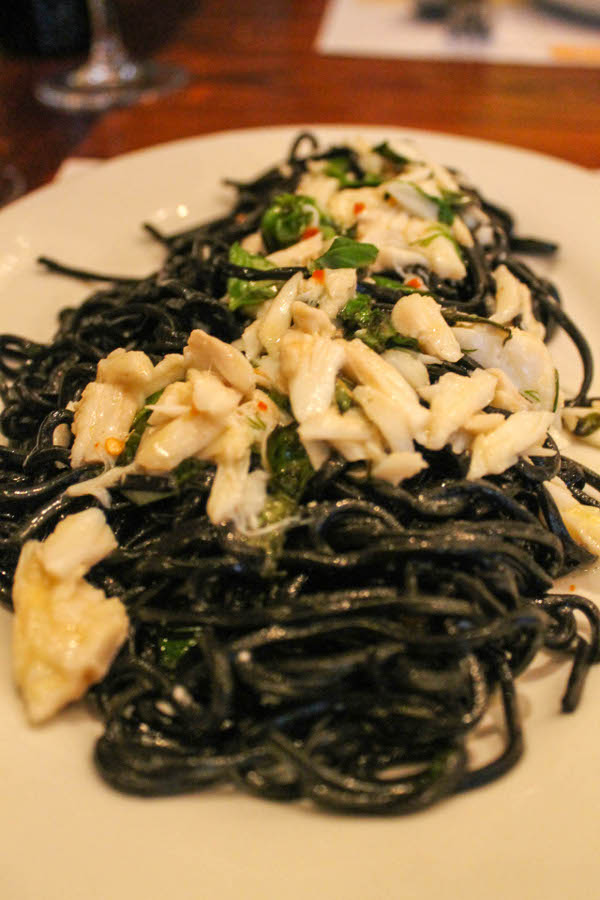 Domenica means Sunday in Italian, and the restaurant offers casual and traditional Italian fare. We started with prosciutto, salami, and fiore sardo (a hard cheese made with sheep’s milk), served with savory beignets. Then we shared two plates of pasta: the stracci with oxtail and fried chicken livers, and the squid ink tagliolini with blue crab and herbs.  Both plates were delicious but the black pasta was the best dish I ate during our entire trip – which is a big statement considering we ate so well! It was so pure and perfect: salty buttery pasta, sweet crab, bright herbs.

I relished the food, and the city was so memorable.  New Orleans has a very specific charm: gritty and colorful, serene and yet so alive. It reminds me a lot of Spain. I would really love to go back, perhaps during the Jazz Festival. 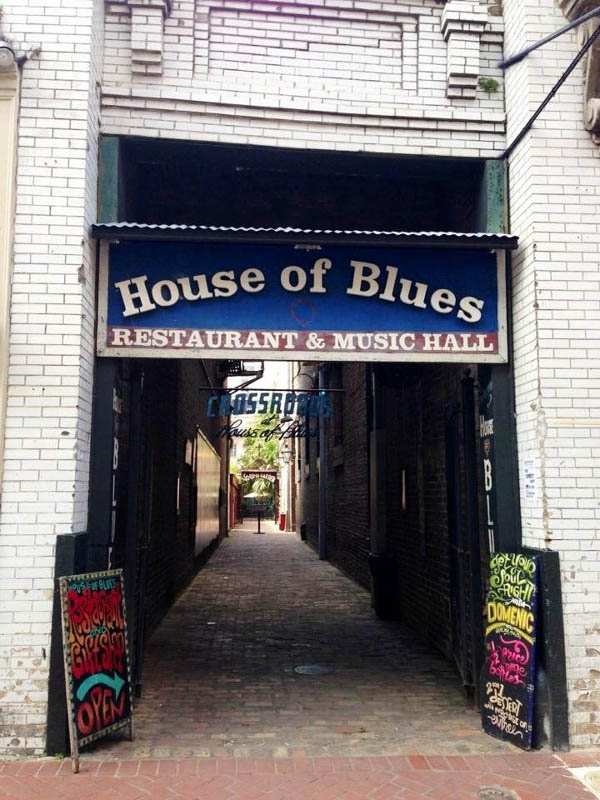 For many years, I longed to visit the city of jazz and Mardi Gras and po boys. It was just in a different state, and yet I made it to several other states and countries before I got to Louisiana.   We were originally supposed to go in April, but we ended up postponing our little vacation. So it took me a while, and several rebooked tickets, but our trip was well worth it all. I love the  city’s charm and vibrancy, and the laissez les bon temps rouler (“let the good times roll”) attitude. Love.

Finally, New Orleans, it was nice to meet you.