I’ve waxed poetic about cheese before – along with chocolate, it is my top food love. From pimiento to mozzarella, from Venezuelan cheese to Filipino cheese, from ricotta and goat cheese to gouda, I love them all.

And while I relish all kinds of fresh cheese, I do have a soft spot for fried cheese…

A couple of weeks ago, I was pretty enamored with the crispy fried manchego cheese we had at Tico.

At Tico, the atmosphere is fun, the surroundings are vibrant, and the food is American at its core, but influenced by South American, Mexican, and Spanish cuisines.

I know that all three influences boast bold flavors, but  I don’t know too much about South American cuisine (except that I like it). I am more familiar with Mexican and Spanish food. I love Mexican food (my latest favorite? Lone Star Taco Bar in hipster town Allston). And I come from a country that was a colony of Spain for over 300 years, so Spanish food tastes like comfort food to me. When I think of Spanish food, I think of tapas, or small plates. 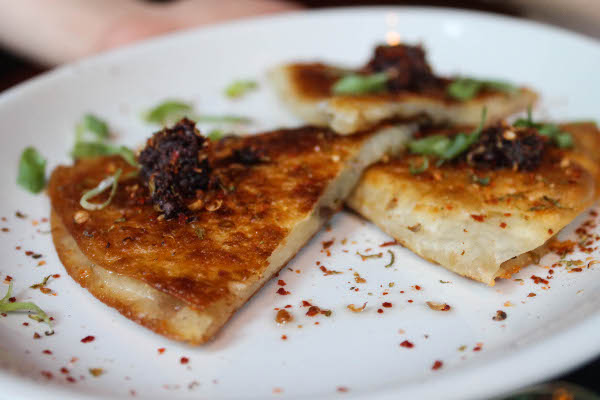 After the Georgetown Cupcake opening party, Emily, Meghan, Megan, Amy, Elizabeth and I walked over to nearby Tico to share some appetizers. We picked a few small plates to share and I zeroed in on this mushroom and cheese quesadilla with black truffle salsa.

Mushrooms, cheese, and black truffle salsa – what’s not to like? This reminded me of the chanterelle quesadilla I had at Poe’s Kitchen last year. 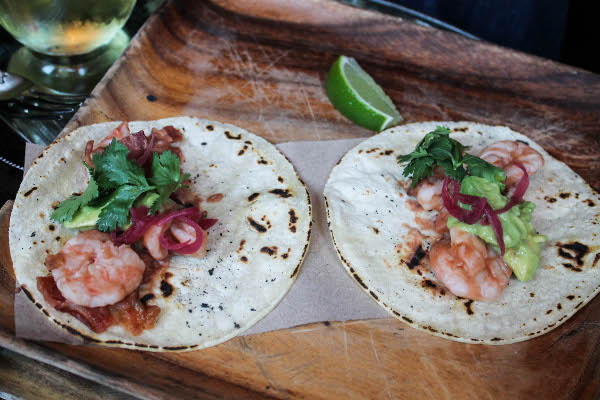 These were the spicy shrimp, bacon, and avocado tacos. I like these three things together (especially in a smoky brussels sprouts salad) but I admit that it is a little hard to share tacos in a group. 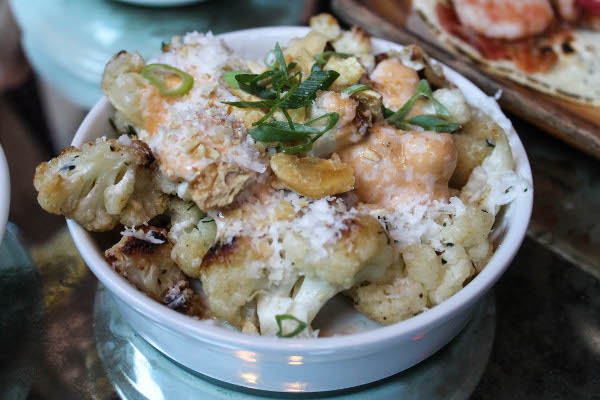 Roasted cauliflower with creamy chipotle and crushed, crunchy fava beans – the last restaurant dish I tried with cauliflower was fantastic (at West Bridge) and so was this one from Tico. I wonder how they made the chipotle sauce? It’s inspiring me to try more cauliflower recipes at home. 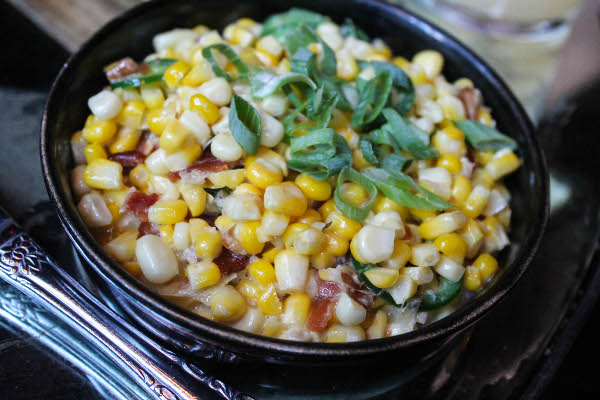 I’m actually  not the biggest fan of corn in savory dishes. I prefer it when it’s in dessert form like sweet corn ice cream, corn with butter and sugar, corn cookies, sticky rice cakes with corn, and even cornbread. But I tried a few bites of this sweet corn with bacon, chiles, and thai basil and I liked it. It tasted really refreshing, and I like the kick of spice from the jalapenos. 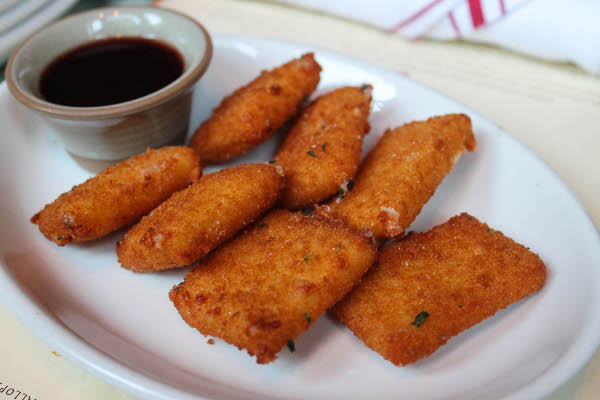 And last but certainly not least, we tried the crispy fried manchego cheese with spicy pomegranate honey sauce. 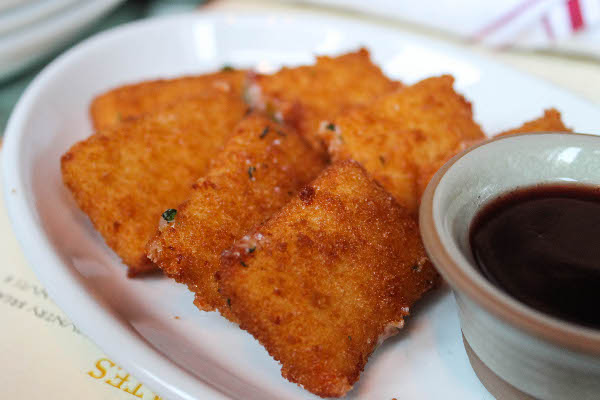 Sure, it’s just fried cheese. But like I said before, I was enamored. It was my favorite small plate at Tico, and it’s something I would come back for again and again.

Do you love cheese as much as I do? Any favorite recipes?

20 Responses to “Small Plates at Tico”